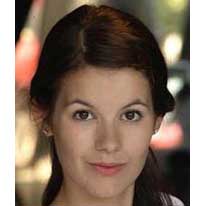 Suzy has been selected as the Lush Staff Judge for the 2014 Prize.

She has worked for Lush for the past two years, in both the stores and now in Customer Services.

She has been a committed vegan for three years and has volunteered with various animal charities including Animal Equality where she approached the public on the issues of animal testing and factory farming, and Celia Hammond cat sanctuary in London.

Suzy has also surveyed marine mammals and cetaceans in the Bay of Biscay with the charity Orca, to help gain knowledge on whale and dolphin populations and behaviour.