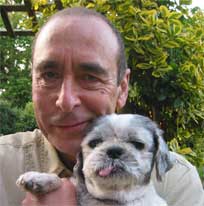 Since 1995, Andrew Tyler has been the director of Animal Aid, Europe’s largest animal rights organisation and one of the first in the world.

Animal Aid campaigns peacefully against all forms of animal abuse, and promotes a cruelty-free lifestyle.

Its undercover investigations and other evidence are often used prominently by the media. It also offers a large range of ethical mail order goods and provides teaching resources free of charge to hundreds of schools across the country.

Andrew’s background is in journalism. He wrote for Disc and Music Echo in the early 1970s and then for New Musical Express from 1973 to 1980. He was subsequently news features editor with Time Out.

As a freelance writer, he contributed regularly to The Observer, The Independent, the Guardian and others. He is the author of the best-selling book, Street Drugs.

Below is an interview Andrew gave when he was a judge of the 2012 Prize.