Ceremonies and conferences took place in London, Vancouver and Seoul.

We had 20 winners representing 11 countries and including our first winners from China, South Korea and the Middle East.

There were 102 nominations from 26 countries, and 55 projects from 21 countries were shortlisted for the final judging process. Judging took place in September, by our panel of ten judges, including distinguished scientists and campaigners, a Lush customer and a Lush member of staff.

One of the most successful elements of the Lush Prize has been the Young Researcher Award, for scientists in the early stages of their careers. However, we had been aware that in some parts of the world scientists do not always have the support of their universities in avoiding animal use or they don’t have the same access to technologies, knowledge or resources.

By increasing our outreach specifically in areas such as South and Central America, and across Asia, we hope to raise knowledge and support for animal-free science as well as provide encouragement to those researchers using non-animal methods.

The 2016 Lush Prize International Conference was held at the Royal Society for the Arts in London on 10th November, the day before the awards ceremony and prize giving.

The theme was ‘Regulating Chemical Safety – the future for animal use‘

It provided an opportunity for scientists, campaigners and other experts from around the world to exchange ideas and information about the movement to end animal testing.

Details of the sessions and videos of the presentations can be found here.

Background research papers for a prize category aim to increase awareness of the Lush Prize and ensure nominations from those who might not otherwise be nominated.

In 2016 there were Papers for the Science, Training and Young Researcher prizes. You can download them as PDFs here. 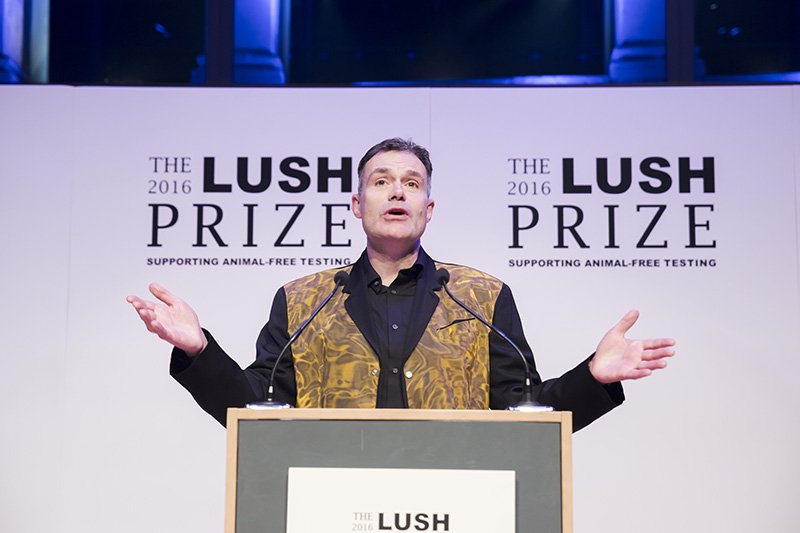 20 winners representing 11 countries, including our first winners from China, South Korea and the Middle East.

An international conference on the theme: 'Regulating Chemical Safety - the future for animal use'.