You are in: Home » Blog » Humane Research Australia launch ‘Forced to Smoke’ Campaign 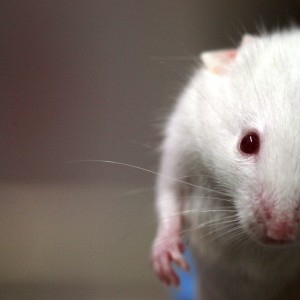 Launch of ‘Forced to Smoke’ Campaign by Humane Research Australia highlights the urgent need for human-based methods instead of animals.

‘Forced to Smoke’ is a call for public action to demand an end to these repetitive and invasive experiments (for example at the University of Newcastle in New South Wales) involving forced inhalation of cigarette smoke whilst restrained in small inhalation chambers when using the ‘nose-only’ method.

To induce the disease, mice are cruelly exposed to cigarette smoke for up to 18 weeks, as well as suffering the pain, fear and distress of regular injections, force feeding of food or drugs by gavage (stomach tube), behavioural tests and death, dependent on the research protocol. Surviving mice are killed afterwards for dissection and examination.

Animals are used to create artificial ‘models’ to investigate biological mechanisms or respiratory diseases in humans. However, not only is this inhumane, it is unreliable as species differences on many levels mean that results fail to translate adequately from mice to humans.

Smoking (and e-cigarettes) are uniquely human habits leading to uniquely human diseases. It therefore follows that they require human-based research methods. Such methods are starting to be used on a very small scale, but a lot more needs to be done via funding, recognition and regulatory approval.

HRA is calling for greater recognition and uptake of animal-free solutions to achieve more reliable, human relevant results and has commissioned a report to review the inhalation research currently being conducted at institutions in Australia and how more sophisticated human-based models already in use elsewhere, such as in silico (computer based) and in vitro microphysiological (MPS) systems also known as ‘lung on a chip’, could be used.

Rachel Smith, CEO of Humane Research Australia discussed the campaign in a recent interview with Rebecca Ram at the 2021 Lush Conference. HRA were awarded a Lush Prize for Public Awareness in 2014 and continue to act as the voice for over 3 million animals suffering every year in Australian laboratories.

Rachel says “Launch of the ‘Forced to Smoke’ Campaign was vital to alert the public that such suffering – which many think ended years ago – still goes on behind closed doors and Australian citizens are shocked to find out that this continues. There’s an urgent scientific need to end animal use in such procedures to pave the way for co-ordinated validation of more clinically relevant approaches for patients, not just in respiratory diseases but so many others”.