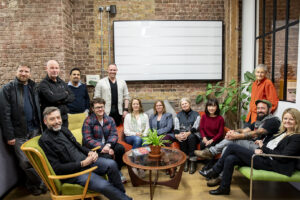 Now in its tenth year, The Lush Prize has grown to become the largest global awards programme to recognise scientists and campaigners working to replace animals in chemical safety testing. It has provided more than £2 million to support animal-free testing and campaigns around the world.

Now is your chance to be part of this vitally important process, which is helping to protect animals internationally.

During each prize year one Lush customer and one staff member is placed alongside scientists and specialists as part of the Lush Prize judging panel so they can represent the views of the wider public.

Making sure that everyone is represented is important – after all public pressure was vital in securing non-animal testing policies in the European Parliament. In fact, it has been key to all the improvements to animal welfare throughout the ages, so guest members of the judging panel are granted the same voting rights as the experts.

To become the Lush Prize 2022 Customer Judge you don’t need to be a scientist or an expert – although an understanding of animal campaigning or science would be a bonus. All you need is a passion for animal welfare and a desire to reward those involved in innovating the advances in non-animal testing methods.

The Prize has always been encouraged by the potential of 21st Century technologies, like genetics and robotics, to replace the Victorian-era technology of live animal use. Previous science winners include US universities specialising in organ-on-a-chip research, Chinese researchers using human stem cells in their tests, and UK projects focussing on computer modelling of chemical toxicity.

In the ten years since its launch, much has changed in the world of replacing animals in scientific research, but much remains to be done.

Judges would need to read all shortlisted prize entries in advance of the judging event, form opinions on them and represent the voice of the public during judging. They must also be available on 14-15 September, to join the other judges (online) in reviewing and choosing this year’s prize winners.

If being the Lush Prize 2022 Customer Judge sounds like your type of thing, simply tell us in your own words what experience you would bring and why you should be the person to represent the public on the judging panel this year.  You can enter your application in writing, or feel free to send us a short video.

We welcome applications from anywhere in the world but please note that all nominations and discussions will be in English.

Please email applications to judges@lush.co.uk  – with the subject Customer judge.

Nominations for the Lush Prize close on 17th June 2022.  Individuals or groups can nominate themselves of others via the website at www.lushprize.org