You are in: Home » Blog » Lush Prize Previous Winner Updates 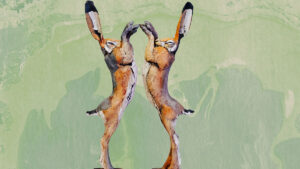 Winning a Lush Prize does not end with the receipt of the prize money and a trophy. We are always keen to remain in contact with winners, to hear about their ongoing work to end and replace animal testing, and to promote their activities.

This post gives a brief round-up of news from just a few of the past Lush Prize winners around the world.

Marize Campos Valadares of the Laboratory of Education and Research in Pharmacology and Cellular Toxicology in Brazil won the Training Prize in 2018. Her lab is based at the Federal University of Goiás.

During the global COVID-19 pandemic, Dr Valadares’ facility and the equipment for RT-PCR analysis is now being used exclusively, in cooperation with other labs of the Federal University of Goiás, for the diagnosis of the COVID-19 in the State of Goiás.

The lab has, however, recently published some papers in the journals Toxicology In-Vitro and Contact Dermatitis, related to the use of non-animal methods to evaluate eye toxicity and skin sensitization of ‘real-life mixtures’: see here, here and here.

2015 Young Researcher winner Bianca Marigliani from Brazil co-authored a paper (click for link) ‘The Overt and Hidden Use of Animal-derived Products in Alternative Methods for Skin Sensitisation: A Systematic Review‘, as well as another on ‘Adaptation of a skin sensitization assay to a chemically defined culture‘ (click for link). 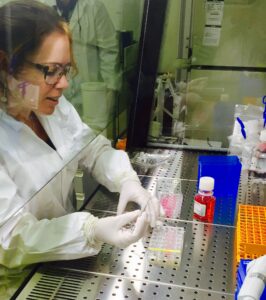 2017 Public Awareness winner ONG Te Protejo, based in Chile but working throughout Latin America, have been supporting a Bill to ban animal testing of cosmetics in Mexico. This has now been endorsed by the Senate and passes to the Chamber of Deputies (media release – click here).

Bob Diderich of the OECD’s Adverse Outcome Pathway programme in France, was one of the Lush Prize’s Black Box winners in 2015.

He updated Lush Prize on some of the recent OECD developments:

Development of a Defined Approach for Skin Sensitisation: The resulting OECD product will combine existing sources of information (results from in-vitro methods and computer predictions) to partially replace the use of the animal test, and enable end users to generate data that will be covered under the OECD Mutual Acceptance of Data (MAD) system.

eChemPortal : Version 3.0 was launched in February 2020 and provides free access to health and environmental effects information prepared for government chemical management programs around the world. Improving accessibility to these data increases understanding of chemical hazards and risks and with increased data sharing can lead to a reduction in the need for animal testing. Free webinars and training events will be organised upon request

The Toolbox is a free software application that supports reproducible and transparent chemical hazard assessment. It offers functionalities for retrieving experimental data, simulating metabolism and profiling properties of chemicals. These information and tools can be used to find structurally and mechanistically defined analogues and chemical categories, which can serve as sources for read-across and trend analysis for data gap filling. The use of such computational methods can reduce the need for de novo animal testing moving towards more predictive toxicology. 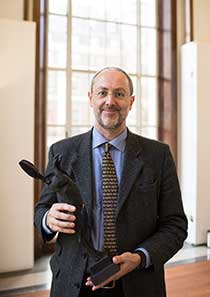 Scientists from the Center for Alternatives to Animal Testing (CAAT) published a recent Guest Editorial in the journal Archives of Toxicology on the power of novel animal-free test methods (NAMs) for the development of COVID-19 drugs and vaccines.

“ […] past investments into the development of new (animal-free) approach methods (NAM) for drug safety, efficacy, and quality evaluation can be leveraged. For this, we provide an overview of repurposing ideas to shortcut drug development times. Animal-based testing would be too lengthy, and it largely fails, when a pathogen is species-speciﬁc or if the desired drug is based on speciﬁc features of human biology. Fortunately, industry has already largely shifted to NAM, and some public funding programs have advanced the development of animal-free technologies.”

The open-access paper is available here. 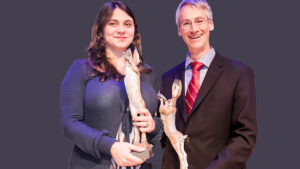 The Iranian Anti-Vivisection Association (IAVA) won a Lush Prize for Training in 2016 for its work with universities across the country to demonstrate and introduce humane alternatives to animal use.

Last year IAVA reported that animal use in research had been banned in all primary and secondary school classes, and scientific contests. IAVA are now working to expand this ban to the higher education system in the country.

The Ministry of Science, Research and Education of Iran has declared such a ban (unless there are absolutely no alternatives) in an inter-institutional letter. Although this has not been put into practice yet fully, IAVA is working to support the implementing of this prohibition.

Anna Monzel, a 2017 Young Researcher winner from the University of Luxembourg, has recently published a paper (click for link) with her colleagues, ‘Machine learning-assisted neurotoxicity prediction in human midbrain organoids‘. 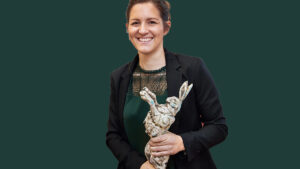 Kirkstall Ltd won a Lush Prize for Training in 2016. During the global COVID-19 pandemic the company partnered with the charity Animal Free Research UK to provide support scientists centred around the use of innovative organ-on-a-chip technology.

This partnership included Kirkstall providing Quasi Vivo® cell test chambers, together with technical support, without charge to five research teams. Dr Malcolm Wilkinson, founder of Kirkstall, commented: “The devastating coronavirus pandemic highlights the urgent need to reduce the time and money we put into misleading animal models of disease and focus instead on human-based biology and human-relevant technology such as the Quasi Vivo® system.”

Kirkstall was also one of nearly 100 experts, academics, and other concerned parties who signed an open letter in May 2020 calling for advanced non-animal research methods to be prioritised to accelerate the discovery and use of effective vaccines and treatments for COVID-19.

Directed at the World Health Organization, governments, funding bodies, and regulators, the letter states that “significant funding and precious time is being spent on animal research…. despite the known species differences which make the results from such data unreliable when translated to humans.” 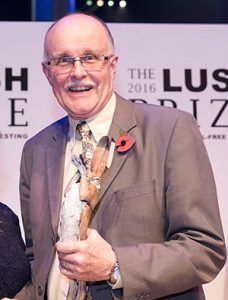 Dr Alison Gray of AFABILITY won a Lush Prize for Public Awareness in 2017 for her work to replace animal-derived antibody production methods with Animal Friendly Affinity-reagents (AFAs) that do not require the use of animals, thereby significantly reducing the numbers and suffering of animals in the biomedical sciences.

This ECVAM recommendation is covered in a separate blog – click here.