You are in: Home » Blog » Calls for end to use of animals in antibody development and production 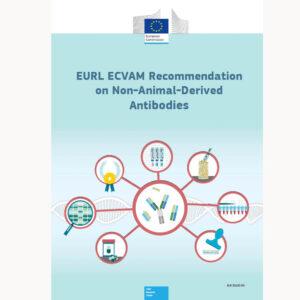 The EU Reference Laboratory for alternatives to animal testing (EURL ECVAM) has called for an end to the use of animals for antibody development and production and for the recognition of the scientific validity of non-animal-derived antibodies.

EURL ECVAM is an integral part of the Joint Research Centre (JRC), the science and knowledge service of the European Commission.

Around one million animals are used for antibody generation and production every year in the European Union in procedures that cause severe suffering, despite non-animal-derived antibodies being available. The non-animal options are also more scientifically valid: JRC scientist Marlies Halder commented that “their use will greatly improve reproducibility and relevance of scientific procedures and lead to more efficient and effective use of research funds.”

Maurice Whelan, head of EURL ECVAM, added: “The EU Directive 2010/63 on the protection of animals used for scientific purposes is very clear. When a scientifically valid alternative is available, then it simply must be used. Authorisation should not be given for the development and production of antibodies through animal immunisation, where robust, legitimate scientific justification is lacking.”

In addition to the call to replace animal immunisation by using non-animal-derived recombinant antibody generation methods such as phage display,  the new report notes that evidence in 1998 showed “that for all levels of monoclonal antibody production, scientifically acceptable in-vitro methods (i.e. use of hybridomas) were practicably available and that these methods were either better than, or equal to, the in-vivo (ascites) production method in terms of antibody quality”, and therefore, “in-vivo production of monoclonal antibodies by the ascites method was no longer scientifically necessary, except in rare cases.”

Despite this, recent statistics published by the European Commission show an increase by 65% in the use of animals for monoclonal antibody production by the mouse ascites method between 2015 and 2017 (45,024 animals used).

For more detail on this announcement and on non-animal-derived antibodies, click here.

In 2017 Dr Alison Gray of AFABILITY won a Lush Prize for Public Awareness for her work to replace animal derived antibody production methods with Animal Friendly Affinity-reagents (AFAs) that do not require the use of animals, thereby significantly reducing the numbers and suffering of animals in the biomedical sciences. 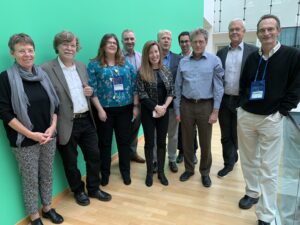 ESAC Working Group on the scientific validity of replacements for animal-derived antibodies. ©EU, 2018