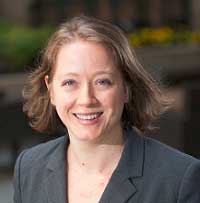 Kristie Sullivan, M.P.H., is director of regulatory testing issues at the Physicians Committee for Responsible Medicine, where she promotes the reduction and replacement of animals in toxicology testing through collaboration with industry, academic, and government stakeholders.

Ms. Sullivan coordinates the International Council on Animal Protection in OECD Programmes (ICAPO), a nongovernmental coalition of international organizations with invited expert status at the Organisation for Economic Co-operation and Development (OECD) and participates directly in several OECD working groups.

She has given numerous presentations to a variety of audiences and has co-authored publications with industry and government colleagues. She has organized several workshops, meetings, and educational seminars to promote the implementation of new test methods.

She received her Master of Public Health in Toxicology and a bachelor’s degree in anthropology-zoology from the University of Michigan.

Previously, Ms. Sullivan was an analyst in the UM OSEH Environmental Laboratory, and was part of a research team conducting the Staten Island Lung Cancer Research Project with the NYC Department of Health and Mental Hygiene.