You are in: Home » Blog » How many animals are used in experiments around the world?

How many animals are used in experiments around the world? 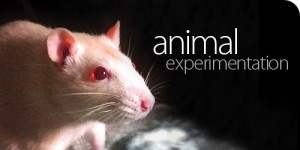 If someone was to ask you how many animals are used in laboratory experiments around the world each year what would your answer be? One million? Ten million? Fifty million?

Putting an accurate figure on this question is extremely difficult. The most reliable estimate, based on data from 2005, suggests 115.3 million animals are used in experiments annually (although the authors concluded this “is still likely to be an underestimate”. It will also exclude virtually all invertebrates).

So, why don’t we know how many animals are used? Statistics on animal testing are not available for all countries that use animals. Sometimes this is because that country has no law on animal experimentation or simply doesn’t collect this information.

Japan, for example, has a self-regulation system and surveys on the numbers of animals used do not have to be conducted. In Canada, only labs that receive research funding from the national funding agencies have to submit data.

In countries where statistics do exist they usually exclude many animals. Examples include: animals killed to supply tissues (an additional 21% of animals on top of published figures); genetically-modified animals used only to maintain breeding colonies (an additional 34%); animals bred for use in labs but killed as ‘surplus to requirements’ (50% of mice and rats according to industry figures); some young animals in early stages of development (foetal and embryonic forms); and certain invertebrate species.

A clear example of the way in which data is not uniformly presented is the UK. As an EU Member State it has to submit its animal testing data for inclusion in an EU-wide statistical report. However, the EU excludes numbers of genetically-modified animals used solely to maintain breeding colonies, whereas the UK includes them in its own report. So, the EU report states that the UK used just over 2 million animals in 2011, yet the UK’s own national report for the same year put the figure at 3.79 million – 1.7 million more animals.

The USA, thought to be the world’s largest user of animals in labs, excludes 95% of animals from protection and data collection as the law does not cover mice, rats, birds, amphibians or reptiles. In 2012, the USA reported 1.1 million animals being used in experiments but the true number is estimated to be over 22 million.

Some countries include more species or types of experiment under animal testing law. Norway, for example, includes honey bees and in the Czech Republic bird ringing (the capture of wild birds and placement of an identifying ring on one leg for conservation purposes before the bird is release unharmed) is classed as an experiment and it is included in statistics of animal testing.

So, as we see, even when there are available statistics they’re not always reliable or easy to compare between one country and another.

Is it important to know the extent of animal testing? We think so. For proper and transparent discussion to take place about the scientific and ethical issues surrounding animal experiments there needs to be an understanding of the level and types of experimentation, the species used and the harm done to individual animals. Only when we have this information can the impacts of regulation and the uptake of non-animal testing methods be adequately monitored.

The Lush Prize works to end animal testing by funding science, campaigns and lobbying. We recognise the need for a joined-up approach across all these sectors and reliable information plays a critical part in this.

The information in this blog is from a Lush Prize study into animal testing globally. To read the full report (PDF) click here.

If you know an organisation or individual who you think deserves to win the Lush Prize, you can nominate them on our website.