You are in: Home » Blog » How much money do governments give to animal testing alternatives?

How much money do governments give to animal testing alternatives? 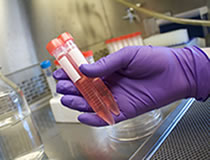 The 27 Member States in the European Union [1] spent around €250 billion in science R&D (research and development) in 2011. Europe-wide legislation requires national governments to “contribute to the development and validation” of non-animal testing methods. Although promoting the use of alternatives does not specify that this has to be a financial contribution, there is usually a monetary element and the level of this finance is a useful indication of a government’s support for non-animal testing.

Researchers from the European Coalition to End Animal Experiments (ECEAE) set out to determine the level of financial support given by the 27 Member States for alternative testing methods. In addition, they compared this to the national science and technology sector R&D expenditure for each country (2011 figures were the latest available). (Read the full report here).

Only half of the authorities replied to the survey but the results reveal that just €18.7 million had been given by just seven countries – Austria, Belgium, Finland, Germany and the UK. Five (Czech Republic, Ireland, Latvia, Luxembourg and Spain) didn’t allocate any funds in 2013 or previous years.

Only six of the 27 countries provided what the report’s author called “a reasonable response” to how they are going to “promote the use of alternative methods”, above standard requirements within EU law, such as ethical committees and animal welfare bodies.

Dr Katy Taylor of the ECEAE, author of the study published in January 2014, concludes:
“… it appears that engagement in alternatives remains restricted to a familiar group of Member States, less than a third of the total in the EU. Even then, there is inconsistency in the extent of their investment.”

Research conducted by the Lush Prize has already shown that information is lacking on the levels of animal testing globally. Statistics on animal testing are not available for all countries that use animals. Sometimes this is because that country has no law on animal experimentation or simply doesn’t collect this information. Where data is collected it may be compiled in different ways in different countries, making comparisons difficult.

Although all EU Member States do have to compile such information and provide it for inclusion in an EU-wide report, even this does not include all animals. For example, according to the annual report on animal experiments by the UK government, 3.79 million animals were used in 2011; but according to the EU report for the same year, the UK used just over 2 million animals. The 1.7 million ‘missing’ animals are genetically-modified animals used solely to maintain breeding colonies, animals which are excluded from the EU-wide report.

If the true level of animal testing isn’t known – numbers, species, severity of procedures – how can there be a proper and transparent discussion about the scientific and ethical issues? How can the impacts of regulation and the uptake of non-animal testing methods be monitored?

So, we’re left with a situation where, in some countries at least, it is difficult to determine how many animals are used in animal testing and the types of experiments they are subjected to, and where governments do fund alternatives, this is a fairly minimal amount.

Does this suggest that nations take their responsibilities seriously towards the millions of animals confined and suffering in laboratories? In 2012 the UK government commissioned an opinion poll which revealed, amongst other things, that 76% of Britons want to see more research into alternatives to animal testing. Is 0.036% of R&D expenditure really an adequate level of finance?
[1] This does not include Croatia, which became a Member State in 2013