You are in: Home » Blog » Chemicals safety regulations and animal testing post-Brexit 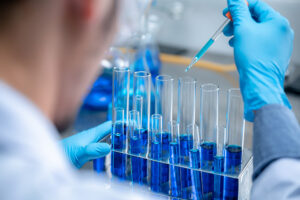 What does the future look like for post-Brexit chemicals safety regulations and animal testing in the UK?

On 26th April I attended a one day conference on UK chemical regulations 2022, hosted by Chemical Watch, with the theme of ‘What does the future look like for UK chemicals law?’

The event comes after over a year of Brexit transition and, of course, the chaos of the COVID-19 pandemic. A number of talks were provided from industry and government representatives (particularly DEFRA), as well as from consultancies and NGOs on the latest developments, challenges and next steps.

Generally, throughout the event, speakers voiced concerns over uncertainty with the issues of pre- and post-Brexit regulations, as new developments emerge on divergence from the EU and how this will affect the chemicals industry. This was not only with regards to REACH (the EU and UK rules for Registration Evaluation and Authorisation of Chemicals), but other schemes such as the Biocidal Products Regulation (BPR) and rules for the UK cosmetics industry.

Several speakers voiced concerns about how it felt that they were starting again to some extent, having been “here with EU-REACH 20 years ago”…..

Another key discussion thread was concern over consistency and implementation of UK REACH and how the chemicals industry is still waiting to see much of what DEFRA and the HSE (Health and Safety Executive, the competent authority for REACH) plans to do in terms of guidance and policy.

Lush Prize was of course in attendance to find out about the use of more reliable human relevant methods – or ‘new approach methodologies’ (NAMs) – in replacing animal tests. During a talk on the UK’s intended greener strategy for sustainability, I raised the question that increased funding and recognition of NAMs fully aligns with a more sustainable policy and this should be taken into account. Encouragingly, other attendees also raised the need for greater use of NAMs (e.g., the need to improve transparency and NAMs use in chemical testing dossiers). An opening talk by DEFRA also outlined how they are looking at “embedding NAMs and reducing animal testing” within the regulatory framework. A presentation by the Cosmetics Toiletry and Perfumery Association recapped the UK Cosmetics Regulation reminded us of the UK Cosmetics Regulation obligations to avoid animal testing.

Furthermore, with regard to animal testing, the general tone suggested that the need for new in-vivo (animal) tests was anathema to most of the audience, particularly with regard to the potential duplication of in-vivo testing already occurring in the EU. This might happen if chemical data was not shared appropriately, or if there were data ‘gaps’, or if there were differences in animal test requirements between regulations (e.g. REACH vs BPR) which might lead to uncertainty. One industry speaker described a concern over the potential for a “perverse incentive to repeat (animal) tests, which no one wants to do”.

This reflects concern which is emerging of ongoing conflict in the EU between the cosmetics and REACH regulations. Companies in Europe are refusing to carry out animal tests for cosmetic ingredients which have been requested under REACH because they appear to undermine the UK and EU cosmetic testing bans, which have been in place for decades.

All EU citizens can support a campaign against these new test requirements by signing and sharing the ‘Save Cruelty Free Cosmetics’ initiative which requires one million signatures by its deadline at the end of August 2022.