You are in: Home » Blog » UK Cosmetics Animal Testing Ban At Risk 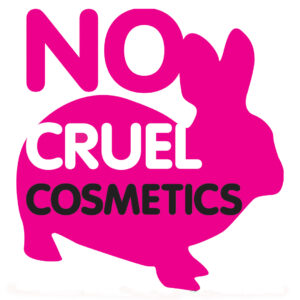 The UK Government has suggested it may return to cosmetics testing on animals, a practice deemed cruel and unnecessary and which it first sought to ban back in 1998.

Alarm has been raised following their response in a letter to campaign group Cruelty Free International, in which the UK Home Office has confirmed its agreement with a controversial EU decision by the European Chemicals Agency (ECHA) which will request animal tests for substances used only in cosmetics, banned within EU borders in 2009 under the Cosmetics Testing Regulation.

The decision concerns two ingredients used solely in cosmetic sunscreens, which ECHA ruled must be tested in animals for worker safety, despite a legal challenge from the company in question (Symrise), other cosmetic companies and animal protection organisations. The decision rides roughshod over the EU testing and sales bans on ‘cosmetic only’ substances, enforced between 2009-2013. (An earlier ‘finished product’ testing ban was enforced in 2004, though in practice it is ingredients which are more routinely tested).

There are many higher quality, mechanistic and more human-relevant new approach methodologies (NAMs) available to test cosmetics without harming animals or compromising human safety. Therefore, this potential change is seen as a very backwards and cruel step.

Furthermore, thousands of cosmetic ingredients with a history of safe use are available for formulation of new products. Large scale cosmetic companies reformulate approximately 30% of their products annually and approximately 10% of reformulations rely on newly marketed ingredients. Many ethical companies, such as Lush, prefer to use more modern, reliable non-animal methods for safety assessment, including in vitro and in silico (computational) models and support the principles of the animal testing ban, refusing any formulation where new animal tests would be required.

However, many of the same chemicals fall foul of other legislation (especially the major chemicals testing law for the Registration, Evaluation and  Authorisation of Chemicals, or REACH) for tests such as occupational safety, meaning chemicals already in safe use could be tested in animals just to satisfy ‘red tape’ or ‘gap filling testing’, even though the data itself may not be needed.

“The ban on animal-tested cosmetics took years to achieve and despite challenges, represented one of the biggest shifts in recognising animal suffering in labs in decades. Any backtracking is unacceptable and Lush Prize continues to fund campaigners, scientists and lobbyists to raise political and public awareness.The public showed its overwhelming support for banning animal tested cosmetics decades ago and the Lush Prize calls on the power of the public again to show its opposition to this decision.”