You are in: Home » Uncategorized » World Congress Report 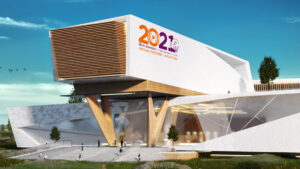 Lush Prize participated in the recent 11th World Congress on Alternatives and Animal Use in the Life Sciences, which was held online in August.

In the ‘Documentary Film and Alternatives Room’ session, Lush Prize’s scientific consultant Rebecca Ram introduced ‘Funding the Future – supporting progress for animals and science’. The film was written and edited by Craig Redmond from the Lush Prize team and highlights the successful projects within science, training and campaigning which have been funded by the Prize since its launch in 2012, working towards the goal of the entire replacement of animals in research.

The session, hosted by Nick Jukes of InterNICHE and Theo Capaldo of the American Fund for Alternatives to Animal Research (AFAAR), showcased several other excellent documentary films addressing animal tests and the modern humane methods working towards their replacement in education, training and research. You can find a link to all of the films at the end of this blog.

Rebecca Ram participated in another session, entitled ‘Challenges and Opportunities for Expanding the 3Rs’. The session was further divided into two discussion panels with four speakers to debate:

– ‘Dropping an R: Is it Time to Retire Refinement?’ and;

– ‘Funding and Regulation: Does One Post a Greater Threat to Advancement?’

The focus of Rebecca’s presentation in the second debate was the need to increase (or divert funding) towards New Approach Methodologies (NAMs) to provide more human relevant and mechanistic safety information than animal ‘models’.

The session was hosted as part of the ‘YOU-WC11’ mentoring programme, aimed at early career scientists, which aligns with the objectives of the Lush Prize Young Researcher awards.

Rebecca’s presentation can be viewed here.

Films presented at the Documentary Film and Alternatives Room at WC11 were: