You are in: Home » Blog » A Tribute to Andrew Tyler

A Tribute to Andrew Tyler 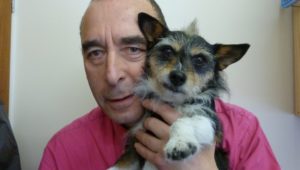 “We have to describe the future that we want.”

When Lush Prize was launched in 2012 as an annual prize fund to support campaigning and scientific initiatives to end animal research, one of the first steps was to set up an expert panel of judges who could also act as an advisory board.

There was no doubt that one person we wanted as a judge, who had consistently and expertly highlighted the moral outrage as well as the scientific invalidity of experimenting on animals, was Andrew Tyler. Since 1995, Andrew had been the Director of Animal Aid, Europe’s largest animal rights organisation. With a background in journalism – first for various music press then, as a freelance writer, the Observer, Independent, Guardian and others – Andrew had a commitment to strong research and investigations underpinning Animal Aid’s work. 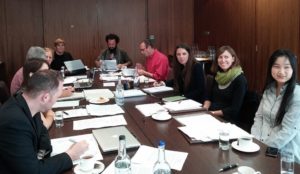 Andrew (in red shirt) with other Lush Prize judges in 2014

Andrew remained a judge for the first three years of Lush Prize, with an unwavering commitment to supporting an end to animal experiments. In an interview in 2012 he discussed the challenges ahead and said he had hope that the public would “wake up” to what was happening in labs, remarking: “We have to describe the future that we want”.

The whole Lush Prize Team was devastated to hear that Andrew passed away on 28 April. He was one of the most dedicated, compassionate and outspoken defenders of animals the movement has seen and our hearts go out to his wife Sara, stepson Davey, and the Animal Aid ‘family’.

(Below: Interview with Andrew about the Lush Prize in 2012)