You are in: Home » Blog » Supporting Public Awareness Initiatives 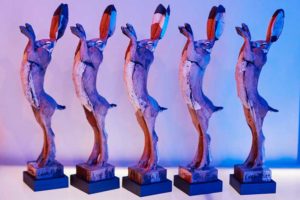 Creating public awareness around animal testing is crucial to ensuring that the public and policy makers are aware that animals are still used in laboratory research and that better, more relevant, replacements already exist. Public awareness activities ensure that this issue remains high on political and consumer agendas.

At the Lush Prize we are always looking for new ways to help campaigners end animal testing. Since 2012 we have given over £2 million to scientists and campaigners to support their work to replace and end the use of animals. Through our Lobbying and Public Awareness prizes we have awarded £650,000 to campaigners around the world.

The £50,000 Public Awareness Prize is for organisations and individuals highlighting ethical and scientific objections to animal testing to the public and other communities. You can either nominate ongoing projects or submit a proposal for our new ‘Future Project Award’. So, if you have a great idea for a public awareness project but don’t have the funds to start it, we are offering up to £25,000 of the overall Public Awareness Prize for future projects.

The £50,000 Lobbying Prize is for those working for regulatory and legislative change to end animal testing. Recognising that politicians play a key role, alongside campaigners, in ensuring legislation matches public opinion, we have also introduced a non-financial ‘Political Achievement Award’ to recognise the essential work politicians do to create lasting legal change for animals and science.

So, whether you’re a scientist, campaigner or politician, if you are working to make a difference for animals used in laboratory experiments, submit your nomination for the Lush Prize 2020 via our website.