You are in: Home » Blog » Pharmaceuticals Boss Speaks Out Against Animal Testing 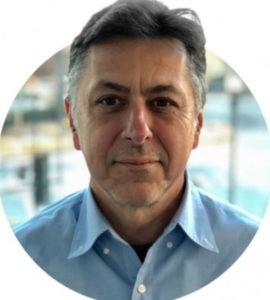 “This practice of using technologies from the early 1900s to predict drug safety from animals to humans one hundred years later is a public health issue.”

Mihael H. Polymeropoulos kept the audience on the edge of their seats during his keynote lecture at the EUSAAT (European Society for Alternatives to Animal Testing) Congress held in Linz, Austria, on 13th October. (Read our blog about the conference here).

On the fourth and final day of the congress, after many sessions exploring the scientific, ethical and legal issues surrounding animal testing, Polymeropoulos’ damning indictment of the failures of animal research and the government agencies that continue to force reliance upon them was a true sign of how far these discussions have come.

Vanda Pharmaceuticals, the company of which Polymeropoulos is President and CEO, took the unprecedented step in February this year of filing a complaint against the U.S. Food and Drug Administration (FDA) in reaction to the agency’s insistence that it carries out a nine-month toxicity test on dogs. The FDA demanded the animal tests before allowing Vanda to extend its clinical trial of the drug tradipitant beyond three months.

Vanda has argued that its clinical studies in humans have suggested that tradipitant is well-tolerated, and that the experiments on dogs “are unlikely to identify clinically relevant safety signals that are not already identified in three-month studies.”

Polymeropoulos told the conference audience of scientists and NGO representatives that there “was no scientific basis … that a chronic dog study for this compound was justified.” He outlined the FDA’s actions against his company, which includes imposing a ‘partial clinical hold’ on its trials and how, although “the path of least resistance would be just do it [the dog studies]”, Vanda refused and brought the lawsuit against the FDA. He spoke in detail about how animal toxicity studies have remained largely unchanged for the past hundred years, despite all the other advancements in scientific research, calling the FDA’s insistence on validating new technologies against animal testing “dangerous”.

“Given the low predictive value of the animal toxicity studies, one must ask why are we doing it and what can we do differently? … Why are we doing studies that we intuitively and practicably understand to be severely limited?”

The burden of providing evidence for these animal experiments should be on the FDA, Polymeropoulos said, not on the drug companies.

The importance of the head of a global biopharmaceutical company speaking out in a such a passionate way against unnecessary animal testing cannot be understated. His courage will hopefully lead to regulatory agencies recognising the need to drop their reliance on outdated animal testing and possibly encourage other pharmaceutical companies to take a stance against repeating cruel and unscientific animal tests that they know are useless and that their customers do not want to happen.

“The unfortunate reliance upon animal testing is a symptom of archaic regulations coupled with an industry, yes the pharma industry – our industry, that has elected not to challenge but rather comply, even if the requirements may have no scientific basis. The harm done to countless animals every year needs to be counted into the equation of what constitutes justified research.

“Mindless research not only leads to unnecessary pain to non-human species, but at the same time is a public health hazard. It depends upon us collectively to bring change and abandon these barbaric and unscientific practices.