You are in: Home » Blog » One month to go until Lush Prize nominations close!

One month to go until Lush Prize nominations close! 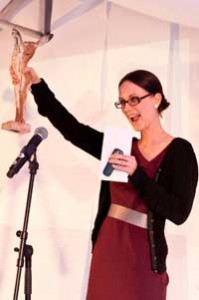 The 2014 Lush Prize, the largest annual prize in the non-animal testing sector, closes for nominations in one month (25th July). The prize awards £250,000 to organisations and scientists working to replace animal testing with scientifically valid non-animal methods.

According to Rob Harrison, Prize Fund manager: “In the past two years we have distributed half a million pounds in funding to organisations and individuals in nineteen countries, including the USA, India, Russia, Japan and six countries in Europe. This has supported campaigns lobbying companies to end animal testing for cosmetics to cutting edge work developing non-animal models of the human respiratory system.”

Prizes are awarded across five separate categories: Public Awareness, Lobbying, Science, Training and Young Researcher. The full £250,000 is on offer as a Black Box Prize for a key breakthrough in human toxicity pathways research.

Co-Founder of Lush, Mark Constantine OBE, said: “The Lush Prize is now in its third year and we are delighted at the quality of work we have supported around the world. Ending animal testing requires a commitment to financially support a spectrum of activities, from campaigns to science. Although the sale of animal tested cosmetics has now been banned in Europe, there is still much to do, particularly in the area of toxicological experiments as well as cosmetics testing in countries such as China and Brazil.”

To help the Lush Prize reach into new territories, its website is now available in six languages, including Chinese, with three more being added.

Nominations can be made on the Lush Prize website until the closing date of 25th July 2014. Individuals can nominate projects they support, or organisations and scientists can nominate themselves.

“With just one month to go until nominations close, we encourage everyone to consider who they think could use this money effectively to end animal testing and nominate them via our website”, added Rob Harrison.