You are in: Home » Blog » How to Nominate for the Lush Prize

How to Nominate for the Lush Prize 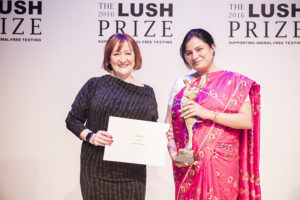 Perhaps you are a campaign organisation raising awareness about animal experiments? Or a scientist developing non-animal testing methods? A young researcher requiring financial support or recognition for your efforts to avoid animal use?

Black Box – offers, in any one year, the full £250,000 Lush Prize fund for a key breakthrough in human toxicity pathways research (this award is at the discretion of the Lush Prize organisers and Judges rather than nominations)