You are in: Home » Blog » New study shows growing opposition to animal tests 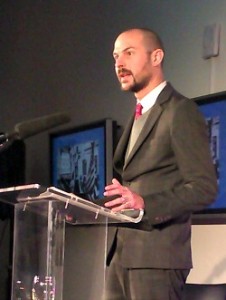 Americans’ moral opposition to animal testing has grown significantly since 2001, according to a new study presented at the annual meeting of the prestigious American Association for the Advancement of Science (AAAS) in Chicago.

Researchers from PETA and Western Governors University examined data collected in independent surveys from 2001 to 2013. They found that 54 percent of young adults oppose animal testing and there is a growing generation gap in attitudes about this issue.

A majority of women (52 percent) believe medical testing on animals to be morally wrong – an increase of 9 percent from 2012 and 16 percent since 2001. Thirty percent of males opposed animal testing in 2013.

Opposition also rose significantly among all political affiliations since 2001.

“Opposition to animal testing is steadily rising among people of every gender, age group, and political affiliation, likely because people have more exposure than ever to information about the cruelty that animals endure in laboratories, how animal testing rarely helps humans, and the superior alternatives available,” says study co-author Justin Goodman.

“Now, the country’s laws and policies governing animal experimentation and its research funding practices need to evolve to meet public expectations as well,” he added.