You are in: Home » Blog » Lush Prize at the European Parliament

Lush Prize at the European Parliament

“Millions of animals are used in science but we know that there are a lot failures in transferring to humans results of tests made on animals. We need a paradigm shift, please support our declaration to alternatives to animal testing!”

With these words, Tilly Metz, a Green MEP from Luxembourg, opened the exhibition and roundtable event ‘Strategies for innovation in life sciences’ at the European Parliament, organised by Eurogroup for Animals and the Finnish Presidency of the Council of the European Union.

The event, on 3rd December, brought together researchers, politicians and campaigners to explore what can be done to start a transition to non-animal science. Speakers included scientists from the Center for Alternatives to Animal Testing, Virtual Physiological Human Institute, the European Commissions Joint Research Institute, as well as Lush Prize judge Nick Jukes of InterNICHE.

At the event, the Intergroup on the Welfare and Conservation of Animals launched a declaration calling on the European Commission to establish a concrete strategy with targets to phase out the use of animals in specific areas of research, education, and testing.

“To achieve the goal of fully replacing animals used for experimentation, we need a political strategy. We need an EU plan and a roadmap to phase out animal testing, that’s the only way we will start this much needed change.” Sylwia Spurek, Socialist and Democrats MEP from Poland. 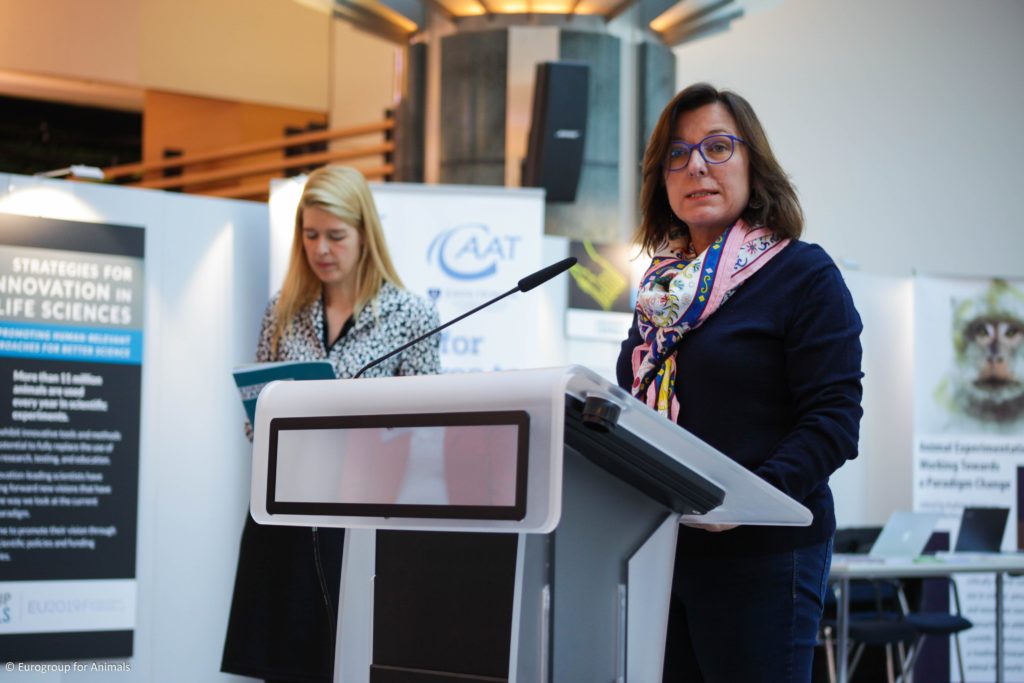 Discussions covered strategies on phasing out animal testing and what issues panellists considered to be ‘low hanging fruits’. Funding was, of course, seen as a major problem as well as ensuring dialogue between all stakeholders, including researchers, funders and regulators.

There was certainly agreement on the limitations of animal-based research and its relevance to human health, as well as the developing technologies of the kind supported by Lush Prize.

According to Eurogroup for Animals: “The next steps for the Intergroup’s declaration calling on a phase-out of the use of animals in science will be to garner support from MEPs in the form of signatures to present a strong case to the Commission.”

For a more detailed report, and photos, see the Eurogroup for Animals website.

The following evening, Lush Prize attended the European Parliament launch of the book ‘Animal Experimentation: Working Towards a Paradigm Change‘ . The book is a collection of chapters by 51 experts critically reviewing current animal use in science, presenting innovative non-animal approaches and offering a roadmap towards an animal-free world of science. It is available to download free of charge from the publisher’s website.

A number of authors spoke about the failings of animal testing, the in-vitro, in-silico and other research that can provide more human-relevant results, as well as the urgent need to create a roadmap to phase out animal research and testing.

“At the EU level, unfortunately, there is neither an overall strategy for phasing out the use of animals for scientific purposes nor for monitoring the implementation of the paradigm shift.” Carolin Spicher (Menschen für Tierrechte)

For a fantastic, more detailed, report of the book launch (including video interviews) go to the Animal Free Science website. 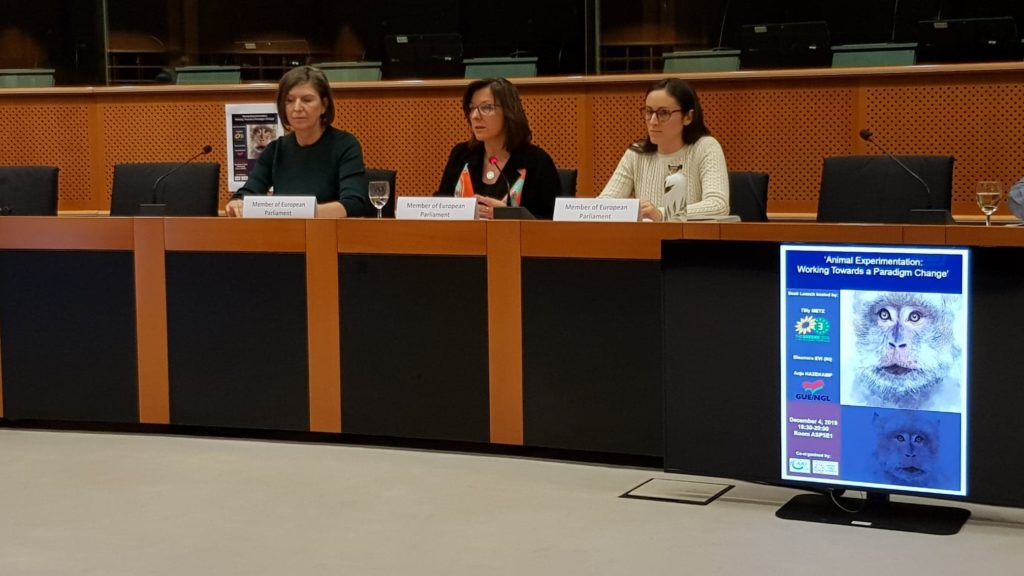