You are in: Home » Blog » Lush Prize 2016 to support more Young Researchers 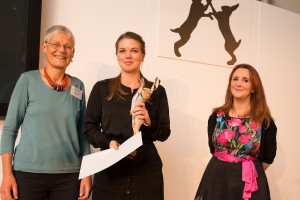 Young scientists wanting to pursue careers in alternatives to animal testing are being given additional support this year with the announcement of new Lush Prizes in Asia and the Americas.

The Lush Prize rewards scientists and campaigners with £250,000 every year to support initiatives to end animal testing (particularly in the area of toxicology). The prize categories are Science, Training, Young Researcher, Public Awareness, Lobbying and Black Box. The Young Researcher prize is usually awarded to five scientists under the age of 35 working on projects that do not use animals (including animal cells, sera, tissues, etc).

Nineteen young scientists from nine countries have so far shared £210,000 prize money to ensure they can continue to use only humane and scientifically-relevant research in their future careers.

This year we are delighted to announce that Lush Prize will provide £10,000 each for up to 15 Young Researchers:

Craig Redmond, a spokesperson for the Lush Prize, commented:

One of the most successful elements of the Lush Prize has been the Young Researcher Awards, which have focussed on scientists in the early stages of their careers. However, we have been aware that in some parts of the world scientists do not always have the support of their universities in avoiding animal use or they don’t have the same access to technologies, knowledge or resources.

By increasing our outreach specifically in areas such as South and Central America, and across Asia, we hope to raise knowledge and support for animal-free science as well as provide encouragement to those researchers using non-animal methods.

All nominations are considered by a panel of expert judges.