You are in: Home » Blog » How to nominate for the Lush Prize

How to nominate for the Lush Prize 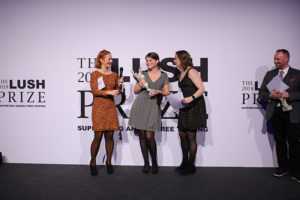 The Lush Prize is a global initiative aiming to bring forward the day when safety testing takes place without the use of animals. It’s the largest global prize fund of its kind and every two years we provide £250,000 funding across five prize categories, in addition to two non-financial prizes.

Whether you are a scientist developing non-animal testing methods, a campaign organisation raising awareness about animal experiments, or a young researcher requiring financial support or recognition for your efforts to avoid animal use, We encourage you to submit a nomination to the Lush Prize 2022.

This is a global prize fund – we encourage submissions from anywhere in the world.

There are six main categories of award:

Lobbying – rewarding the work of individuals, groups or organisations pushing for change, focusing on policy interventions promoting the use of non-animal methods (£50,000).

Training – individuals, teams or organisations involved in training others in non-animal methods (£50,000).

Young Researcher – young scientists (up to 35 years at the time of application) with a desire to fund the next stage of a career focussed on an animal-test free future (£10,000 each to 5 young researchers)

Political Achievement – open to elected political officials in any country. This award recognises the essential work politicians do to create lasting legal change for animals and science. It is a non-financial award.

An additional prize, for which nominations cannot be submitted, is given at the discretion of the Lush Prize organisers and Judges:

Black Box – offers, in any one year, the full £250,000 Lush Prize fund for projects most likely to lead to practical non-animal tests which could be accepted by regulators. So far, this has only been awarded in 2015.

Finally, another non-financial award for which nominations cannot be submitted (this is awarded at the discretion of the Lush Prize judging panel): 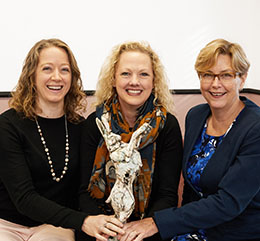