You are in: Home » Blog » First judges announced

We are pleased to announce that we have now appointed the first three judges to the Lush Prize judging panel: 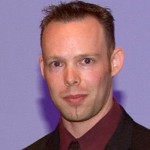 Troy Seidle is Director of Research & Toxicology for Humane Society International. As a former public representative on inspections of animal research facilities, Seidle has witnessed first-hand the plight of animals in laboratories. Today he leads HSI’s global End Animal Testing History Campaign, which aims to see animal use in research and product testing replaced by sophisticated and cruelty-free alternatives.

Much of Seidle’s work involves outreach to policy makers and scientists in the corporate, governmental, academic, and non-profit communities to build consensus on strategies for ending animal toxicity testing while continuing to protect the environment and human health from chemical and other hazards. He was a leading contributor to political negotiations surrounding the European Union’s Registration, Evaluation and Authorisation of Chemicals (REACH) regulation, and is currently engaged in similar discussions in the pesticides, cosmetics, and other sectors.
Seidle is also the driving force behind a multi-year, European Union-funded project called AXLR8 (pronounced “accelerate”), which aims to hasten the transition toward animal-free approaches to safety testing through internationally coordinated research and development.
Seidle serves on a number of influential committees at national and international levels, including those of the Organisation for Economic Co-operation and Development, the European Chemicals Agency, the United States Environmental Protection Agency, the International Life Sciences Institute, and the European Partnership for Alternative Approaches to Animal Testing. He presently serves on the board of directors of the European Consensus Platform for Alternatives and of the Canadian wildlife protection charity Zoocheck. He has also served on scientific task forces of the European Centre for the Validation of Alternative Methods, and as a member of the governing body of the Canadian Council on Animal Care
Seidle holds an honours health sciences degree from the University of Waterloo in Canada, and is a visiting scientist in the faculty of biology at the Universität Konstanz in Germany. 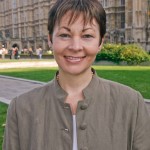 Caroline is leader of the Green Party as well as its first MP, representing Brighton Pavilion. She served as an MEP from 1999 until 2010 and as an Oxfordshire councillor previously.

Caroline continues to be an active campaigner on a range of issues and has been voted the UK’s most ethical politician in 2007, 2009 and 2010 by readers of the Observer. She is also in the Environment Agency’s Top 100 Eco-Heroes of all time. 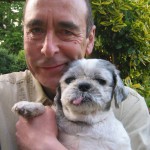 Since 1995, Andrew Tyler has been the director of Animal Aid, Europe’s largest animal rights organisation and one of the first in the world. Animal Aid campaigns peacefully against all forms of animal abuse, and promotes a cruelty-free lifestyle. Its undercover investigations and other evidence are often used prominently by the media. Animal Aid offers a large range of ethical mail order goods and provides teaching resources free of charge to hundreds of schools across the country.

Andrew’s background is in journalism. He wrote for Disc and Music Echo in the early 1970s and then for New Musical Express from 1973 to 1980. He was subsequently news features editor with Time Out. As a freelance writer, he contributed regularly to The Observer, The Independent, the Guardian and others. He is the author of the best-selling book, Street Drugs.