You are in: Home » Blog » Climbing Kilimanjaro for animal liberation 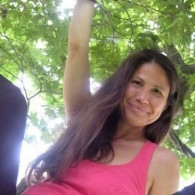 Ana Wolf co-director of an “Ultra Marathon” called ‘the Vegan Power 50K’ is appealing for donations towards a fund to help end lab tests on animals.

On 15th January, after five days of hiking uphill, passing through five different climate zones, on five hours sleep, the 42-year-old will be in Tanzania to start her push to reach the summit of Mt. Kilimanjaro.

“I am climbing Mount Kilimanjaro to raise money for primates and all animals in laboratory settings. I will most likely be staggering breathlessly and huffing and puffing as I approach 19,000 feet, but I will do it gladly to support SAEN – Stop Animal Exploitation Now in their incredible work for animals in lab settings all over the country. I think your heart would break if you saw the photos of the experiments. Take a look here.

You see what I mean? BUT…let’s also take a look at the positives, meaning some of SAEN’s extensive body of work:

Who ensured that chimps used in lab testing were retired to a sanctuary instead of another research facility?

Who forced USDA to investigate and prosecute over 13 different universities and private research companies for violations?