You are in: Home » Blog » Cigarette manufacturer bans animal tests 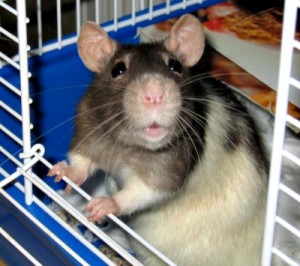 Lorillard Tobacco Company, the third-largest manufacturer of cigarettes in the U.S. has issued a new policy banning all animal testing.

PETA celebrated this week after their talks with the company over seveal years paid off. Lorillard has previously reported cruel tests on rats in which the animals were forced to inhale cigarette smoke. They now say:

‘It is the policy of Lorillard, Inc. not to conduct or commission research involving animals and will in good faith otherwise not use animals unless necessary to meet regulatory requirements. In order to eliminate animal testing, Lorillard R&D will use scientifically accepted or validated alternative test methods and technologies that avoid the use of live animals.’

PETA is now turning its attention to the two other tobacco giants; R.J. Reynolds and Philip Morris and you can support the campaign by signing this petition.

(picture by Rattie Rescue on flickr.com)