You are in: Home » Blog » Lush Prize Conference 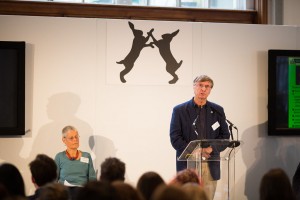 The 2015 Lush Prize conference looks at Adverse Outcome Pathways, which map entire sequences of events from exposure to a chemical through to effects at molecular, cellular, tissue and organ level in the body and beyond, to individuals and populations.

AOPs offer the potential to greatly improve prediction of health effects and end the use of animals in safety testing. The first pathway for skin sensitisation has now been mapped and tests involved are undergoing regulatory approval.

The article below is from the magazine of the Physician’s Committee for Responsible Medicine (PCRM).

You can book your free place at the Lush Prize Conference here.

It can take toxicologists three years to assess the safety of one chemical. That’s because animal tests slow down the process—and ultimately fail to predict human health effects. It’s causing a dangerous back- log in chemical testing. But Adverse Outcome Pathways (AOPs) can greatly reduce this burden and better determine how a chemical will impact human health.

AOPs use existing data on how a chemical or toxin affects biological systems and organizes it into a pathway to predict whether the chemical or similar chemicals will cause further damage. This can eliminate the need for animal testing.

The AOP process begins with questions about a chemical and how it affects a human at the most basic level. It then proceeds to question if and how that chemical affects a person at increasingly complex levels and eventually considers how the chemical could affect the entire population.

The more questions scientists already know the answers to, the less likely a test will need to be conducted:

In 2012, the Organisation for Economic Co-operation and Development (OECD), an international body that coordinates international testing guidelines, launched a program to develop and record AOPs. Working out these chemical-response pathways and applying them to questions about human health and disease is the first step to a total revolution in testing and research.

In 2013, at the Physicians Committee’s Inhalation Toxicity: Pathways to Better Methods conference, attendees recommended submission of an AOP that would pave the way for regulatory acceptance of non-animal inhalation testing methods. Since that time Kristie Sullivan, M.P.H., director of regulatory testing issues, has led a team of international experts to develop the AOP, and this work was presented in two separate presentations at the 9th World Congress on Alternatives and Animal Use in the Life Sciences in Prague.

Physicians Committee scientists have held the secretariat position of the International Council on Animal Protection in OECD Programmes since 2006. Through ICAPO, the Physicians Committee is working together with the OECD and other groups to develop and promote the OECD’s AOP program to other scientists throughout the globe. 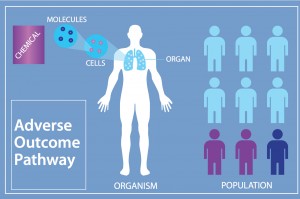 This article was first published in ‘Good Medicine‘, Autumn 2014.