You are in: Home » Blog » What is 21st Century Toxicology?

What is 21st Century Toxicology? 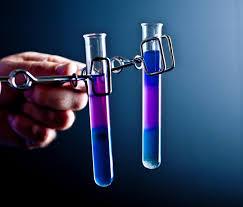 We answer your questions on the fight against animal testing. This week we take a look at what 21st Century Toxicology is all about.

Toxicology is a branch of biology, chemistry, and medicine (more specifically pharmacology) concerned with the study of the adverse effects of chemicals on living organisms.

21st Century Toxicology is a new approach to safety testing which is exciting regulators, toxicologists, campaigners and companies around the world. It has become possible because of 21st century advances in biology, genetics, computer science and robotics. It involves a radical move away from studying traditional endpoints in animal tests, towards a completely new framework based on understanding toxicity pathways within human cells and tissues.

As these molecular pathways are elucidated for different groups of chemicals and different toxic effects, computer technology helps to identify the key steps that can then be used to design non-animal safety tests.

This transformation in toxicology has been unfolding since the publication of the US National Research Council’s 2007 report, Toxicology Testing in the 21st Century: A Vision and Strategy. The new strategy offers many advantages over traditional animal testing, including: increased speed, human relevance and cost-effectiveness; a better understanding of the causes of toxicity; the prediction of human variability and effects at different life stages (e.g. infants, children, adults); easier testing of chemical mixtures; and a significant contribution to the replacement of animal testing, which causes suffering to many thousands of animals every year.

Send your questions to us via Twitter: @Lush_Prize or email craig@lushprize.org